MRM Archery - Aim to be the Best

The Directors and Associates

The Directors of MRM Archery have a combined experience in excess of 60 years of competitive performance – we are eager to pass this experience on to others and to grow the sport of archery across Scotland.

When business demands, we are delighted to work with a range of qualified and very experienced Associates who help us provide our quality services - information on their experience is detailed below. 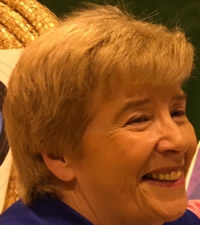 Moira has shot competitively for both Scotland and Great Britain since 1975. She has been Scottish and British Ladies Champion, competed for Scotland at the Commonwealth Games in Brisbane, Australia in 1982 and was British Team Manager for 4 years, culminating in managing the British Olympic Archery Team at Atlanta in 1996. She still retains a Scottish record set in 1983! Moira has been a Level 3 Coach for more than 35 years and has coached to International level, including being Scottish Junior Squad manager and Coach for 9 years.  Moira is also a full member of UK Coaching - the National Governing Body for Sports Coaches in the UK focussing on excellence and good practice in sports coaching.
Moira has been awarded the Torch Trophy Trust Award for Services to Sport and has received awards for Services to Archery from World Archery, Archery GB and Scottish Archery.
In 2014 Moira received from Scottish Archery a Highly Commended Certificate in their Coach of the Year Category and she was the joint winner of the Coach of the Year at the Falkirk Sports Personality of the Year Awards. In November 2017 Moira was inducted into the Scottish Archery Hall of Fame.  Moira is currently Director of Coaching for Scottish Archery, an accredited Tutor and Assessor for the Archery GB Instructor Award and a qualified Sports Coach Developer and Assessor.  In November 2020 Scottish Women In Sport awarded Moira their 'Volunteer of the Year' Award. 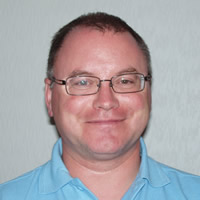 Michael has been involved in archery since the early 1970s. He first competed for Scotland as a Junior in 1977, and competed on the international stage over the next 20 years. He has competed for Scotland on more than 40 occasions. Michael qualified as an archery instructor in 1978 and with his coaching qualification has been heavily involved in archery coaching ever since. Michael is an Archery GB Regional Judge and Range Assessor and is therefore qualified to fully risk assess potential archery venues. Michael has been heavily involved in the administration of Archery in Scotland over many years and was President from 2001 – 2006, and in 2006 was awarded Life Membership of Scottish Archery for his services to archery in Scotland.  Michael is an accredited Tutor and Assessor for the Archery GB Instructor Award and a qualified Sports Coach Developer. 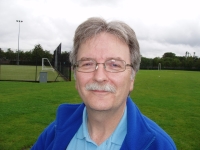 David has been involved in archery since 1986 and became a Coach in 2001 - he is currently a Level 3 Coach. He has been Scottish Indoor Champion and record holder in the Compound Limited class.  He shoots recurve, compound, recurve barebow and longbow but currently gets most satisfaction from shooting his horsebow. David has been a qualified coach and mentor in Glasgow Archers for over 15 years and is a qualified Sports Coach Developer. He was also a member of the Scottish National Council representing the West area in the administration of Scottish Archery. He currently coaches in two Scottish Universities as well as in his own club Glasgow Archers. 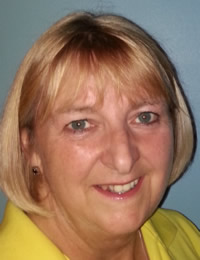 Phyllis has been shooting since 2012 and is a keen competitor - she shoots recurve and has twice been a member of the East of Scotland Team travelling to competitions outside Scotland. Since becoming a qualified Coach in 2015 she has been an active member of the coaching team at her club, Falkirk Company of Archers - she has also gained valuable experience in running beginners courses and teaching children and adults with a disability. Phyllis is Treasurer of Scottish Archery Eastern Area and is currently Chair of the Scottish Archery Tournament Organisers Group. She was awarded 'Highly Commended Volunteer of the Year' by Scottish Archery and in 2017 became Scottish Ladies Recurve Field Champion. She is currently a Level 2 Coach.

Why not give an Archery Activity Gift Voucher for a truly memorable experience.

3 Central Scotland locations to choose from